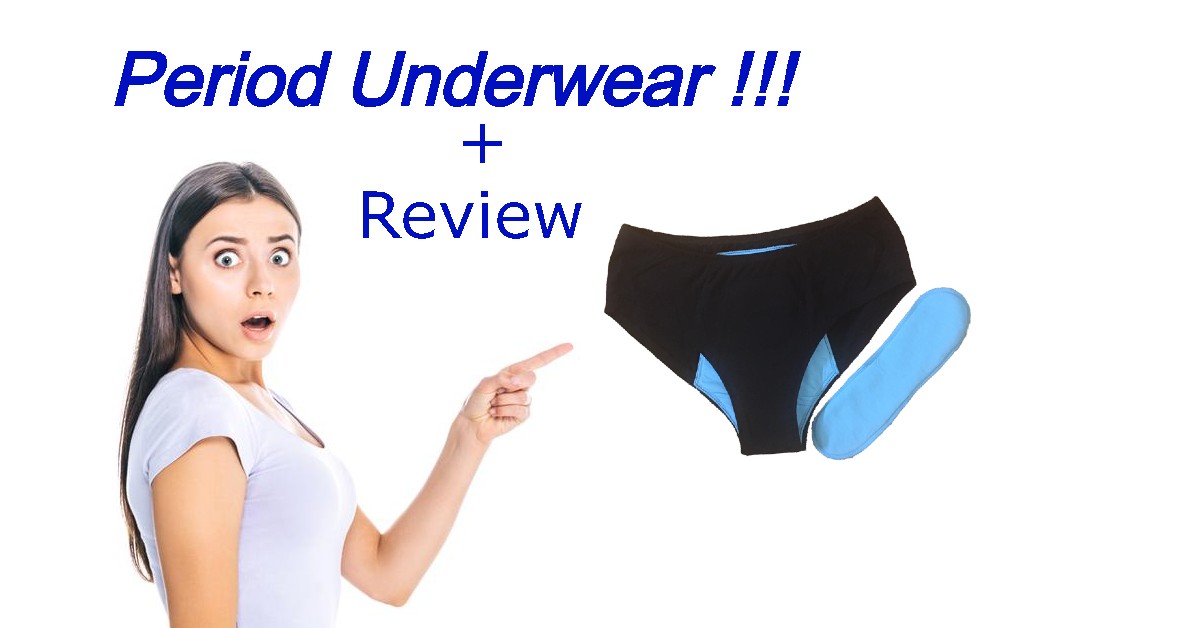 All you need know about Period underwear

Managing periods can be a nightmare, especially if you use cheap pads that cannot hold the monthly fluid effectively. A period screw-up due to leaking pads, ineffective tampons, and overflowing menstrual cups could make your cherished underwear look like a scene of a bloody crime. Many women are today turning to period underwear specially designed with extra protection against any fluid leaks to curb this problem.

What Is Period Underwear?

Period underwear is a one-and-done solution to the monthly period. It provides women with the feeling of free bleeding without having to worry about any leakage. They are the best alternatives to throwaway protection solutions such as tampons, pantyliners, and pads. Period panties that also go by period undies or period underwear appear and feel like the normal regular underwear.

Some people might assume that because of their purpose, the period underwear is not bulky. However, it looks like regular underwear, and it is not bulky. The design of the underwear includes extra layers with specific material in the crotch region that can effectively soak period blood without allowing any drop to seep out.

You can choose to wear period underwear without a supplementary solution during the lighter period pays or wear it with another protective solution if you have heavy periods. Unlike the throwaway protective solutions that fill the landfills because you cannot reuse them, period underwear is reusable. You can use the underwear, rinse off the blood, dry, re-wear, wash it again, and continue using it for as long as the cycle lasts.

The underwear has three kinds of absorption levels: mild, moderate, and heavy flows, similar pads, pantyliners, and pads. Many users start with lesser flow days or use their period underwear as backup protection before committing to full-time use. One of the first things you need to know is that period underwear is extremely comfortable and does not feel different from regular underwear.

The construction of the underwear comprises three layers, though some brands, such as THINX, make them with four layers.

The inner layer, which is closest to the skin, is water-resistant with a knitted finish and several channels that enable fluid to flow through it and away from the body during the period flow. The middle layer of the period underwear is super-absorbent with the ability to hold onto the flow. The outer layer has a water-impermeable construction that prevents water from seeping through to your clothes.

The most common combination materials used in the construction of period underwear are merino wool, synthetic fibres, bamboo, and cotton. The natural fibres include hydroxyl and amyl ‘groups,’ that chemically bond with water molecules and help to hold them together. Moreover, the materials are breathable, allowing you enough comfort throughout your menstrual cycle.

The similar results were also achieved by Lady Anion sanitary pads. It is very soft and highly absorbent pads.

There are hundreds of period underwear styles from dozens of brands in three absorbent categories: mild, light, and heavy cycles. We reviewed three of the leading period underwear on the market with the following findings.

One of the first things that capture your attention about the Bonds Bloody Comfy Period Undies is the Bonds logo appearing on the undies waistband. The appearance of the underwear is like that of any other ordinary pantie. However, the difference between regular underwear and the bonds period undies are immense.

Modibodi is an Australian brand and a leader in the creation of high-quality incontinence and period underwear worldwide. Major publications such as Yahoo Finance, Forbes, and Wired have featured the brand at one time or the other. It is also one of the period underwear design pioneers. Depending on your style, flow, and size, you can also enjoy a wide selection of ModiBodi Underwear.

How to Wash and Care for Period Underwear

How do you wash the blood off the period underwear? Period underwear is reusable, so you can wash them and use them for as long as you can. Washing and caring for the underwear is easy if you follow the following steps.

Best way to care for your period underwear

On a scale of 1 to 10, I would give period undies a 10. They are easily washable, reusable, and available in main stores such as Woolworths and Target.

As an Amazon Associate I earn from qualifying purchases.